Zine / Fish n Chips wanted to get an inside look at what really goes on during Amsterdam’s Legendary Gay Pride Boat Parade. That’s why we sent our intrepid photographer, Benjamin Arthur, onto one of the boats to find out.

I have to admit to feeling a bit nervous about joining one of the Pride boats for this year’s Boat Parade. Firstly, I’m not gay though have many gay friends. Secondly, I didn’t know what to wear. A worry that is in itself quite gay I suppose! Thirdly, hi-spec cameras and boats don’t normally mix well – especially when you throw in the inevitable alcohol that accompanies any big Amsterdam party.

In the end I needn’t have worried about a thing. My friends – old & new – were incredibly welcoming and delighted to have some proper photos of their big day out. They dressed me up all in pink! And, in spite of the flowing booze and the hot day, everything went off perfectly and nothing got lost in any of the canals. It was an extraordinary day.

Riding ON the boat gives one a completely different perspective both on the actual parade itself but also just on how much this day means for Amsterdam’s large and growing LGBT community. When one is on the canals looking onto the parade there’s a lot of people and it just feels great to be in amongst such a festive atmosphere. On the actual boat one passes through all those people quite serenely and its pretty overwhelming how packed is the Prinsengracht and the Amstel. I hope the photos capture that.

It just goes to show what a spectacle this is and how Amsterdammers have taken the LGBT community into their hearts. All in all huge props to all concerned and thanks for putting up with the straight guy for one day boys!

There is an abundance of beauty in Amsterdam but using it as a photographer to create striking images with people can be a challenge. Couple of tips here from this recent Walkabout I did in town.

As we were walking around I noticed this line of olde worlde shop signs and thought they looked nice. So work with what’s in front of you to bring out the beauty.
Then I placed my client in the middle of the row.
And, lo and behold, the diagnoal comes to the fore.
The reason this shot works aesthetically is precisely because of that diagonal which creates the pleasing line from bottom left to middle of the lower right hand third.

If you are interested in having you, your family or a friend photographed in Amsterdam why not give me a call? 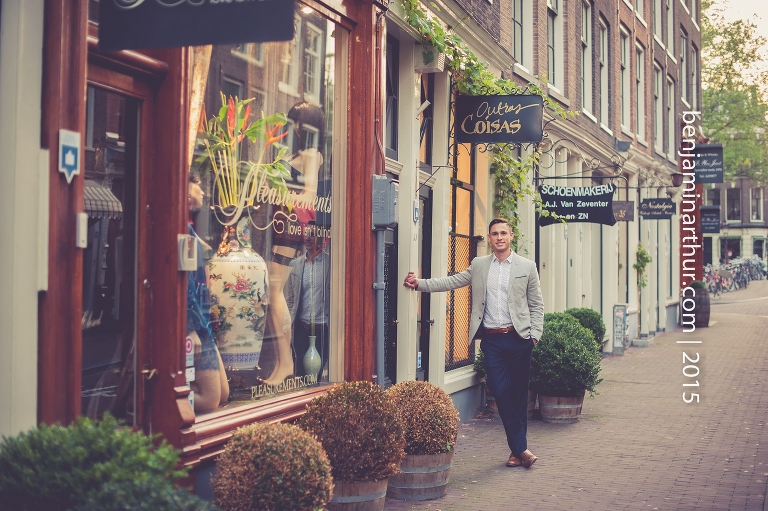 Britsoc Photo Lesson #11 – Let children, above all, be themselves.

I was lucky enough to shoot a client event in Los Angeles last month. After two days stuck in a hotel conference room, I was glad to land in sunny, windswept Malibu where I caught up with an old school friend who is busily making his fortune in LA.

He has a wonderful 7 year old daughter and she’s is a real natural in front of the camera. The trick in this case was just to let her do her thing and simply be there to capture it. So the lesson today is simply this; when shooting children let them be themselves. Don’t try to control them. Don’t try to pose them too much. Just let them do their thing and let the magic happen.

Clearly you also have to know the right settings, which, in this case, were all about shutter speed; keep that high, the ISO low and work the aperture setting accordingly. With this relatively new 50mm 1.4 lens from Nikon I am finding I can be ready for almost anything!

Most events have a super abundance of yummy food for attendees and in between shooting the participants and event speakers I sometimes sneak in a food shot or two. It helps add some colour and, as with weddings, details help bring an event to life. I thought I’d share a few of my favourites and make you hungry in the process.

A visit to the zoo.

Personally I’m not a fan of zoos although I do recognize that many of them do important work in helping keep certain species alive – even thriving. But generally the only place for magnificent beasts like these lionesses is the African Savannah. I wouldn’t mind walking around a zoo full of beautiful animal bronzes like these two cheetahs in the same, Artis Zoo. The way the human race is going with our careless disregard for the creatures we share this beautiful planet with, in 100 years time it may be all we have left anyway!

Fun photoshoot in the Amsterdam Forest

Now I live so close to the Amsterdam Forest (Het Amsterdamse Bos!) I am going to start shooting there more and more. And what’s not to love? There are miles and miles of walking paths, bike paths and riding trails. Millions of trees and meadows filled at this time of year with wildflowers. This shoot was so much fun! If you are interested in a portraiture session in the Bos why not send me an email via the contact form.

Does your social media profile need a boost?

Our online lives are almost as important these days as our offline ones. Some people may not even see a distinction between the two anymore. Its so important that you have the right social media profile and a good set of photographs is really important for that. That’s exactly what Ronan wanted from our shoot and I only hope I gave him that. You can have a one hour session with me starting from just €150 and that includes 10 edited images with about ten times that number to choose from in unedited form. Why not use the contact form to get in touch?

Danny – now Lord – Finkelstein of Pinner came and spoke at the SSON event in Amsterdam this week. He was amusing, interesting and intelligent and told a great story about his interaction with the lift attendant in HM Treasury just before the recent British General Election. He was everything you’d expect of an alumni of UCS!

Another big event this week. The Shared Services & Outsourcing Network (SSON) conference in the Beurs van Berlage. A super fantastic 2 day event with inspiring speakers on some fascinating topics. Also I personally love the light in the BvB – best conference venue in Amsterdam in my view!
Here’s my pick of some essential photos of the event as the Conference Photographer – SSON, Amsterdam.

Another year… another incredible Vestingloop in Den Bosch. This year, my client, Brand Loyalty were the main sponsors and of course it was bigger and better than ever. What a fabulous day which I hope has been captured in these images. Just a few personal faves from several hundred which captured the essence of the day as the Event Photographer at Den Bosch. 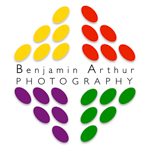